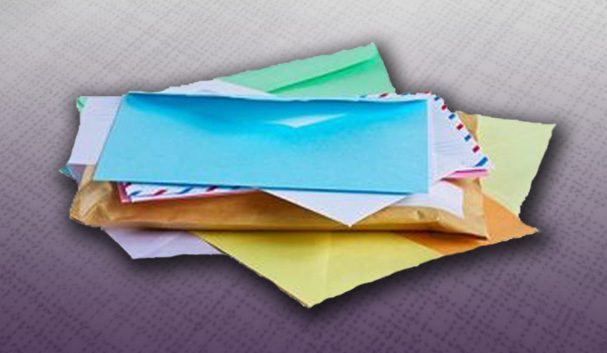 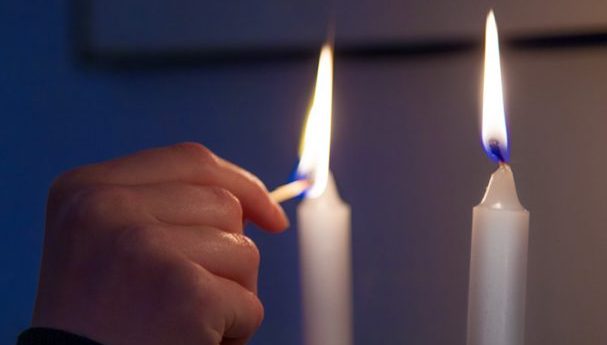 The Chicken Lady of Jerusalem lives on in so many ways, and one of them is the Clara Hammer Chicken Fund of Jerusalem.

By Maayana Miskin and Hillel Fendel 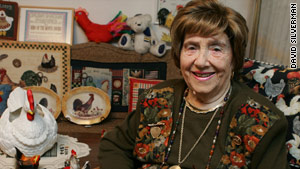 The colorful and vibrant Chaya (Clara) Hammer, a long-time popular teacher who was most recently known for the "chicken fund" she ran single-handedly on behalf of needy families in Jerusalem, passed away in Jerusalem on Thursday night. She was just a few weeks shy of her 100th birthday.

She was commonly known as “the chicken lady,” because her fund was based on distributing free chickens each week to hundreds of families. She went on to provide some $10,000 worth of meat each week practically up until her death; the fund is now run by one of her great-granddaughters.

Chaya married Efraim Hammer at a young age, having met him at an event whose themes of Torah, Zionism, and the Hebrew language were to shape their shared lives together for the next several decades.

Dr. Hammer, who received an honorary "doctorate in kindness" from Yeshiva University a number of years ago, will be buried on Friday at1 p.m. at Beit HaHesped in Givat Sha'ul,Jerusalem. She is survived by her three daughters, nine grandchildren, over 35 great-grandchildren, and some 40 great-great-grandchildren.

In an interview with Aish HaTorah in 2008, Dr. Hammer recalled her own experience with hunger. After she was captured as a young girl with her family while crossing the border between Romania and Russia, the family was put in jail for seven weeks and given very little food. "I have never, never, never  forgotten that,” she recounted to Aish. “What it means to be hungry. What it means to cry, 'I want another piece of bread' and the mother says, 'I'm sorry, I don't have.'”

From jail, the family moved to the Land of Israel, but was forced to leave their home in Haifa for the United States after about a year when Clara's mother took ill.

Chaya married Efraim Hammer at a young age, having met him at an event whose themes of Torah, Zionism, and the Hebrew language were to shape their shared lives together for the next several decades. Mrs. Hammer was known as an especially gifted and lively teacher; teachers in the Kingsway Jewish Center in New York City were approved only after passing through her class.

The Hammers lived in Pittsburgh, New York, and finally in Los Angeles, where they were instrumental in founding the area's first Orthodox synagogue and mikvah. "Their devotion to keeping the Sabbath and building Jewish life under difficult conditions was legendary," a grandson-in-law said.

In 1969 she and her husband finally fulfilled a life-long dream and made Aliyah (immigrated) to Israel. They lived, for the rest of their lives, in the first building to be built in Jerusalem's then-new Ramat Eshkol neighborhood; shiva will be observed in that home beginning Saturday night, but will be abbreviated by the onset of the Pesach holiday.

The Hammers were followed later on Aliyah by their three daughters and their families.

Chaya often recounted how one Friday, almost 30 years ago, she was buying meat at her local butcher and noticed a young girl receiving scraps of bone and fat. When she commented to the butcher, he explained that the girl's father was disabled and unable to work, the family was very poor, and the bone and thistle would be mixed in a soup to provide a bit of nutrition.

Mrs. Hammer immediately told the butcher to give the girl two chickens and a pound of chopped meat every week, and to charge it to her account. She then began to tell friends and family about the needy families in her community, and started to gather funds for chicken for a growing number of families.

By 2008, she was providing chicken to more than 120 families a week. She also looked for other ways to help the families, such as by providing school supplies or clothing, and reached out to families in other cities as well.

In addition to the YU honorary doctorate, Mrs. Hammer received many awards, including Yakirat Yerushalayim and Eishet Chayil, and was a leading member in Emunah Women, Hadassah, Bikur Cholim, the League for Special Children, and more. She founded the flourishing Bracha chapter of Emunah in Jerusalem for English speakers.

Editor's note: The Chicken Fund lives on and continues to help hungry families in Jerusalem thanks to the efforts of Mrs. Hammer's daughter, Mrs. Chana Homnick.

Contributions can also be deposited at: